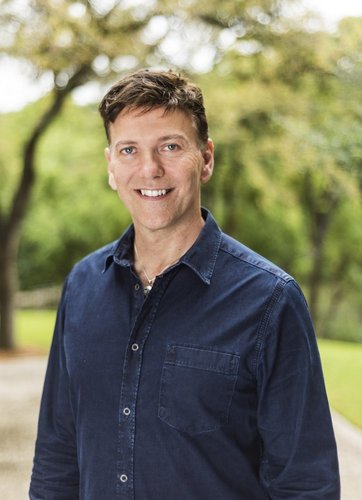 Reverend James Buchanan was born in Memphis, Tennessee, but he got to Texas as quickly as he could!  He grew up in Unity, and before beginning ministerial studies developed an extensive background in business, accounting, and creative arts, all of which serve him well in his leadership position as Senior Minister at Unity of Dallas.

James began ministry leadership in his hometown at First Unity of Memphis.  He went on to work for two years as a ministerial intern at Unity of Hawaii under the guidance of Reverend Sky St. John.  The Hawaiian tradition of family, or 'ohana', is evident in James’ example every day.  Back on the mainland, James was the Spiritual Leader at Unity of Little Rock, Arkansas, until he moved to Dallas.

Besides Reverend Sky St. John, James benefits from the wisdom of many other Spiritual Leaders and Unity Ministers, but especially his mentors, Reverend Colleen Engel-Brown, from Little Rock, and Reverend Shawn Moninger, from Unity of Norwalk, Connecticut.

On May 8, 2016, James took the platform as Senior Minister at Unity of Dallas.  James was ordained in 2020. His welcoming spirit of joy and positive energy is attracting new members weekly.  With his wife, Tyler, and their precious daughter, Kayden, James’ Ohana is growing Unity of Dallas with love and joy.