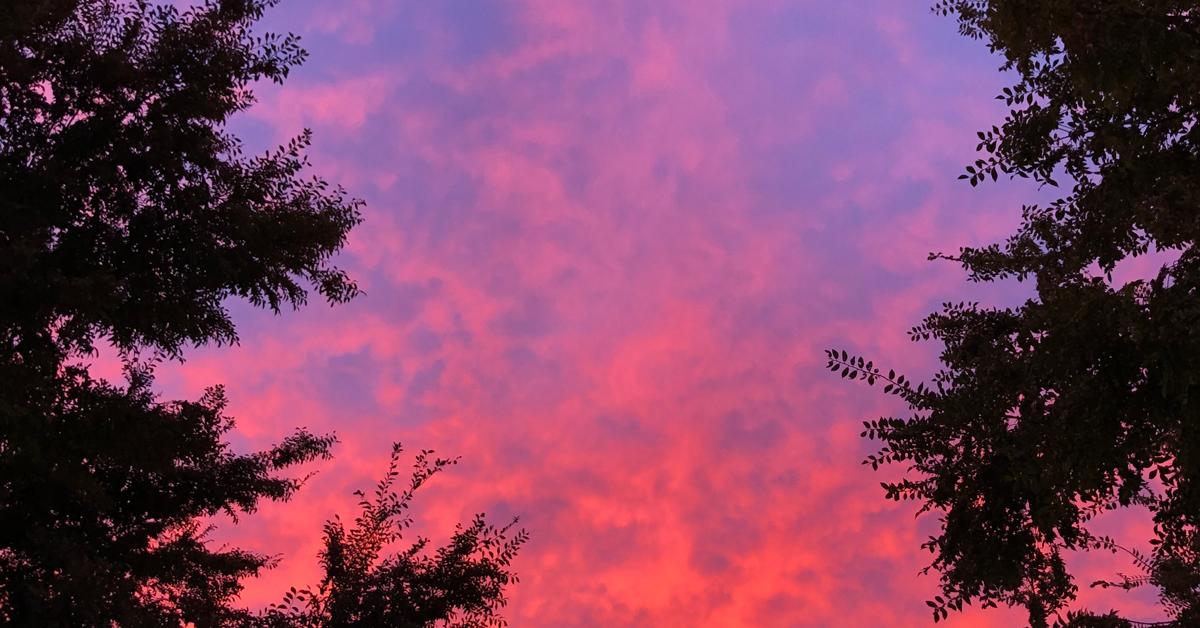 Too many people underestimate the power of particular colors. The color pink, for instance, is often dismissed as merely a color for girls. But pink is a powerful color. Its spiritual meaning represents compassion, nurturing and love. It relates to unconditional love and understanding. A combination of red and white, pink relies on the action of red, to achieve the potential for success and insight offered by white.

Have you ever felt trapped in a relationship that had just run its course? Although great in its beginning, at some point you may just need to pull the plug, right?

For 29 years I was “married” to a corporate job in advertising for JCPenney. The job started off beautifully. Fresh out of college, still wet behind the ears, I interviewed, accepted a copywriting job offer, and was swept off to New York City for training—all within the course of less than two weeks. Wow! I had just landed my dream job, in my dream city, I thought. I’d always imagined a career in advertising that looked something like that of the character Darrin Stevens from Bewitched. I was ready to pitch my great ideas, become an executive, and conquer the world. Funny how the world looks so conquerable when you’re a young twenty-something.

For the first couple of years, my goals seemed to be on track. I worked hard and was rewarded with two notable promotions, a nice jump in salary, and a more impressive title. Somewhere within about my third year, things started to change. The economy was in turmoil. Money for advertising was scarce. The company was drowning in debt and fear. Suddenly, my brilliant copywriting ideas went from something like “This Amazing Shirt Is Every Man’s Must-Have” to “Shirt Sale! $19.99.” My boss kept saying, “You can still have fun with the copy. Just play with it. Make it exciting.” I tried following her instructions, but it seemed that all my fun, exciting copy fell prey to last-minute promotional edits. I thought it would be fun and exciting to write, “Ugly Shirts: Cheap! $9.99,” but I refrained.

I tried to encourage myself for as long as I could with the thought of being fortunate just to have a job. I suppose I was fortunate for hanging in there, because an opportunity came my way that renewed my career enthusiasm. For every article of clothing that is worn by a model at a photoshoot, someone has to hire that model. Someone has to select the pants, shoes, belt, etc., that go with the shirt. I was offered the job to be that person. Having had styling experience prior to JCPenney, I was promoted to the role of Style Director. The offer came as such a surprise and delight that I didn’t have to think twice before accepting the promotion.

Along with this new role came freedom from being tied to my desk. Travel to exciting locations ensued: New York, L.A., Miami, etc. My career became more challenging, yet more rewarding. I looked forward to getting up and going to work every day. I was traveling for weeks at a time, with seemingly unlimited budgets. “Living the dream,” became my mantra. That is, until it became my nightmare.

For years it seemed JCP changed CEO’s as often as most people change their socks. With each new CEO came his version of “fresh, new” ideas that had already been proven ineffective. I tried to remain positive, keeping my head down, nose to the grindstone. But suddenly, the trips stopped. No need to shoot photography on location when we had a perfectly adequate studio at our home office, I was told. Unlimited budgets? How about no budgets. With each new leader came new layoffs. It didn’t seem to matter how long one had been with the company or how talented or valued one once was. It seemed like people were just disappearing. I’ll never forget one Valentine’s Day when literally half the staff at our home office was laid off. The media called it a blood bath—“The Great Valentine’s Day Massacre.”

With all the layoffs, staff numbers decreased as work loads doubled and tripled. Deadlines were shortened, creating an atmosphere of fear and chaos. I began seeing the writing on the wall, thinking that my tenure was unsafe. I knew it was not an “if,” but a “when” before I was laid off or fired.

Somehow, layoff after layoff, I survived. I resumed thinking I was just lucky to still have a job. But I didn’t feel lucky. I was growing increasingly bitter and unhappy. I allowed negative thinking to transform me into a person I no longer recognized or even liked. I tried to remind myself that I was not lucky to just have a job—THEY were lucky to have me! But most days I just went through the motions of getting the job done. My passion had vanished.

It was at about this time I started attending Unity of Dallas. Every Sunday I heard words of encouragement. I was in awe of how positive each message was. There were no words of condemnation. No words of “Thou shalt not!” Only words of love. Where I had once felt so important at work, I now felt excluded, as if I were being cast out, moved aside. But at UOD, I felt instantly included, loved, important. Everyone at Unity is made to feel this way. I actually began looking forward to getting up and going to work again. On Mondays, I was unstoppable. Undefeatable. As Fridays approached, I felt deflated. The wind in my sail had dwindled to nothingness. Something had to change.

Daily, I questioned, “Whatever happened to The Golden Rule?” James Cash Penney would be rolling in his grave if he were alive today to see what had become of the beloved company he had founded. I began feeling trapped and more depressed and knew that I had created this prison from which I had to escape.

But, how to do it? The lightbulb of Great Ideas began to shine in my head, yet, I managed to unscrew the bulb, so to speak. Yes, I wanted to move forward with my career and my life, but I couldn’t seem to bring myself to just quit. Where would I go? Who would hire me? The Unity principles of prayer and meditation became my only sense of relief. “Dear God, please help me,” was the only prayer I could seem to pray.

Then it happened. In the most unimaginable way, my prayer was answered. It seemed to be an ordinary Wednesday when I arrived at the office at my usual 8:30, coffee in hand. I opened my email to find a meeting notice instructing me to go to a room in the HR department. Stunned, but not surprised, I stood up from my chair, looked around as if to say goodbye. Like a dead man walking, head down, hands cuffed behind my back, I journeyed to the room for my meeting. As I entered the room, I was greeted by a somber HR representative and my boss, who invited me to sit. A pink envelope was unceremoniously pushed across the table toward me. The HR representative informed me that, due to organizational restructuring, my 29-year career had ended, effective immediately. The pink envelope contained the details of my separation package.

I quietly returned to my desk, gathered my most important things, picked up my coffee, which was still warm by the way, and exited the building.

I had no idea what to do with myself for the rest of the day, so I just went home, got undressed and went to bed. It was not yet 10:00 a.m. But I slept and slept the rest of the day and all through the night. The next morning I awoke before dawn. In my PJ’s, coffee in hand, I stepped out to my back yard to sit in the comfort of darkness. Instinctively I began to just breathe. Breathing was all I could think of to do.

“Inhaling the love of God, exhaling the love I am,” I uttered on repeat. As I looked up at the now lightening sky, I began to see pink. Like the envelope that was pushed toward me just the day before, but more vibrant in color. In seconds, like a kaleidoscope, the pink transformed from yellow and orange into the most brilliant blue.

It occurred to me that I was smiling, in awe such a majestic sunrise. I felt the need to pray, but words escaped me. All I could manage to say was, “Thank you.”