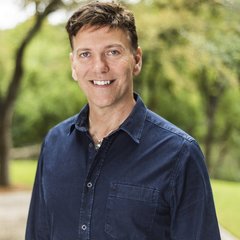 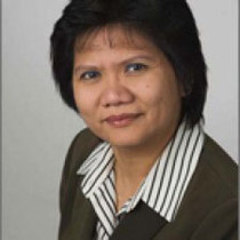 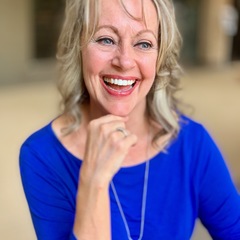 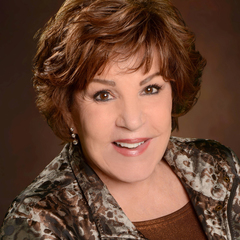 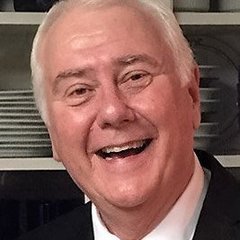 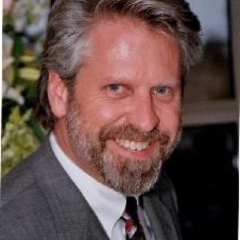 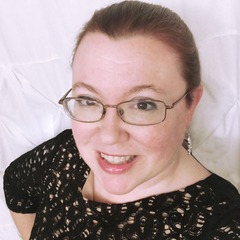 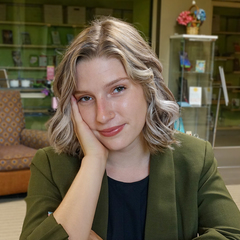 Reverend James Buchanan was born in Memphis, Tennessee, but he got to Texas as quickly as he could! He grew up in Unity, and before beginning ministerial studies developed an extensive background in business, accounting, and creative arts, all of which serve him well in his leadership position as Senior Minister at Unity of Dallas.

James began ministry leadership in his hometown at First Unity of Memphis. He went on to work for two years as a ministerial intern at Unity of Hawaii under the guidance of Reverend Sky St. John. The Hawaiian tradition of family, or `ohana, is evident in James’ example every day. Back on the mainland, James was the Spiritual Leader at Unity of Little Rock, Arkansas, until he moved to Dallas.

Besides Reverend Sky St. John, James benefits from the wisdom of many other Spiritual Leaders and Unity Ministers, but especially his mentors, Reverend Colleen Engel-Brown, from Little Rock, and Reverend Shawn Moninger, from Unity of Norwalk, Connecticut.

On May 8, 2016, James took the platform as Senior Minister at Unity of Dallas. Since then his welcoming spirit of joy and positive energy is attracting new members weekly. With his wife, Tyler, and their precious daughter, Kayden, James’ `Ohana is growing Unity of Dallas with love and joy.

The Board of Directors is the team that guides the church spiritually and financially. They have signed a pledge to support the church through their tithes, their prayers, and their commitment to applying Unity principles to any situation.
Carolyn Barrow - Board Director

I am committed to assisting Unity of Dallas in becoming a spiritually unique and diverse community that is one of the pillars of the larger Dallas community; and a home for those who are on a spiritual seeking path.

All are welcome to join in the spiritual awakening and connection at Unity of Dallas through the many activities offered. I serve to promote and grow our spiritual community for the benefit of all who seek something meaningful and authentic to them. I believe we should be in the flow of abundance while also being mindful of the needs of others.

My desire is that all who connect with Unity of Dallas receive kindness without expectations, guidance without judgement, peace without doubt, and love with no limits.

In the time of dynamic change, Unity of Dallas is building an “Infrastructure for Higher Consciousness”.  I am grateful to be a part of this great gift.

I see Unity of Dallas and the Unity movement offering a warm, welcoming home to anyone seeking greater awareness of the Divine.

My passion for the Unity Movement has become my calling, listening to Spirit, and taking bold action accordingly. I envision exponential growth, financial prosperity, and expanded outreach—for UOD to be the ultimate example of what it means to celebrate a world healed through spiritual awakening and connection. I do what is mine to do with zeal and enthusiasm.

Unity of Dallas is a place of opportunity. Within and outside its walls can be found opportunities to serve, to grow and to thrive. I envision a spiritual home for creative living that meets people where they are in their journey, makes them feel loved and appreciated, and provides tools that will offer seamless enlightenment and transformation to the highest self…a place with generous hearts where each and every soul knows they belong.

My vision for Unity of Dallas is to have all our congregants ‘Take Dominion of their Spiritual Evolution’.  When that is a priority in our daily lives and we walk every step in Truth living the Unity Principles, Unity of Dallas will be known as the greatest healing center for all who walk through the doors and ALL needs will be met from God’s loving wellspring of goodness.

History of Unity
Unity in Dallas began in 1943, in a storefront building in downtown Dallas at 2020 Commerce Street.

Led by Reverend Ruth Gillespie, the new Unity church consisted of one large room that could seat 100 with a small space partitioned off for the minister’s office. The congregation remained at that location until 1951 when the lease was not· renewed and the church only had a short amount of time to find a new facility. Reverend Gillespie found a building for sale at Greenville and McCommas in East Dallas. Originally a community church, then a daycare center, required a $10,000 down payment. In just one Sunday service, this dedicated Unity group of 100 people raised the necessary funds.

The church, then called Unity Church of Practical Christianity, held its first service in the new building in September 1951.

The group was joined by an associate minister, the Reverend Cora Mae Crandall, who served alongside Reverend Gillespie for another 19 years until both of them retired. In August 1970, the Unity church merged with a local Religious Science group, and Dr. Curtis became the minister of the new church renamed The Unity Church of Dallas.

In a very short time the congregation outgrew this space, so plans were made to build a larger church. The land was purchased, about six acres, at the present location at 6525 Forest Lane, and the first phase of the present church was built. The first service was held October 14, 1973, in what is now Fellowship Hall. That remained the Sanctuary until 1986. In 1974, the congregation split with the departing members re-establishing Unity Church of Practical Christianity at its original Greenville and McCommas location.

As the congregation continued to grow, more parking was needed, so in March 1977, 5-1/2 acres adjoining the original parking lot was acquired.

That purchase included the White House which was used for weddings, receptions and many other activities. In 1984, rapidly outgrowing the 350 seat sanctuary, Unity of Dallas began its “Build for Eternity” expansion program. In two years the present 1,000 seat Sanctuary, the Peace Chapel (renamed the John Webster Chapel in 2011), the Bookstore and Adult Classrooms were built. The first service in the present Sanctuary was August 24, 1986, with the official dedication service on October 12, 1986, just thirteen years after Unity began at this location.

In July 1992, Dr. Curtis decided to retire. The associate minister, the Rev. Ralph Lebkuecher, became the interim minister for 18 months. He was succeeded by the Rev. Marshall Norman for a period of eight months, after which the Rev. Debbie Tyson served as temporary minister. The Rev. Roy Healy was hired as senior minister in June 1995, but he also departed after a short tenure. Throughout these transitional years, John Webster, at the time a licensed Unity teacher, provided a steadying presence by conducting services whenever necessary and overseeing pastoral care. He was eventually ordained a Unity minister in 2001.

The Reverend David McClure became senior minister in May 1996 and served alongside his wife Donna until 2003.

In May of 2016, we welcomed James Buchanan (LUT) as our Spiritual Leader. Onward and Upward!